Marina facility opened by NTP Nagoya Toyopet on April 6, 2013.
A convenient location 5 minutes by car from Chubu International Airport, equipped with Japan’s largest 60-ton crane to hold a huge cruiser and yacht, and equipped with facilities for four 70-foot class vessels It is one of the largest marina in the central are

It is a pole for hanging a dog lead.
Simple and clean type with an oval pole. As shown in the photo, there are two types: a type that embeds a pole and a type that fixes it with an anchor 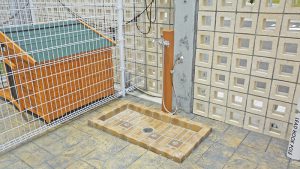 A cute mosaic tile for a dog.
The water tray is made of stainless steel and the water is designed to drain naturally, making it sanitary and easy to manage. The height is also easy 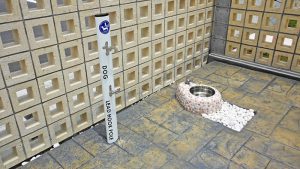 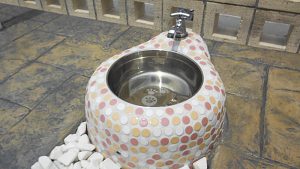 t is made of artificial wood and has excellent weather resistance and keeps the gentle texture and warmth of wood forever. The water pan is large enough for a large dog to easily enter, and the footprint of the dog is on the bottom. 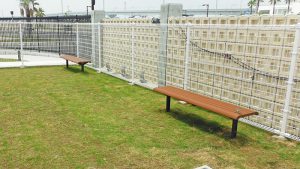 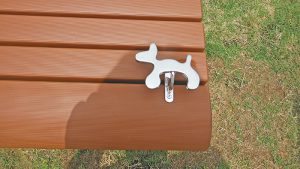 There is space for dogs under the bench, and there are hooks for putting leads.